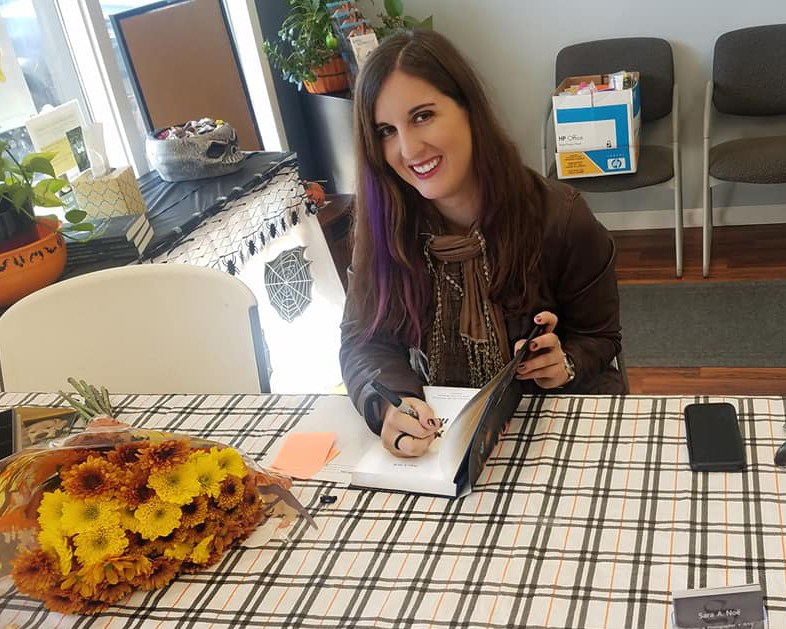 A Fallen Hero went live on Barnes & Noble’s website on September 29th. After the banner was created, the flyers were printed and distributed to local businesses and libraries, the live interview was aired on WIMS radio, and the press release was published in the La Porte Herald Argus, The News Dispatch, and The Beacher, there was a tense period of anxiety while waiting for the most important part of a book signing—the books.

Although the shipment cut it a little too close for comfort, three large packages were on the porch just in time for the first signing at the Co-op Shoppes on State Street in La Porte. It was a humid, rainy day, but I was pleased with the turnout. Thirty books left the Shoppes with new owners!

My first book signing was a moment I’d lusted after for a long time. As excited as I was, part of me worried that reality wouldn’t be able to live up to the idyllic dream I’d painted in my mind.

I’m happy to say that wasn’t the case! Even a couple of minor hiccups couldn’t damper my spirits. I saw new and familiar faces alike, and I hit my target number spot-on. My sister sat beside me and handled the payments while I did what I’ve always wanted to do—autograph books for fans. It was a day I’ll never forget.

A dream that finally came true.

The second signing took place the following week at Jazzercise of Michigan City. Once again, I was pleased with the turnout and overjoyed to spend another Saturday living the dream. I sold out and took enough pre-orders to put a claim on every book in the smaller shipment that was on its way.

This Saturday, October 27th, I will be attending the Steel Pen Writers’ Conference, and A Fallen Hero will be for sale at the bookstore. More events are lining up on the horizon—a confirmed signing at Temple News Agency at the end of November and a reading/Q&A/signing at the Lubeznik Center for the Arts early in December. For more details, sign up for the monthly newsletter and keep an eye on the social media pages! Events are also posted on the homepage. I’m just getting started . . . .