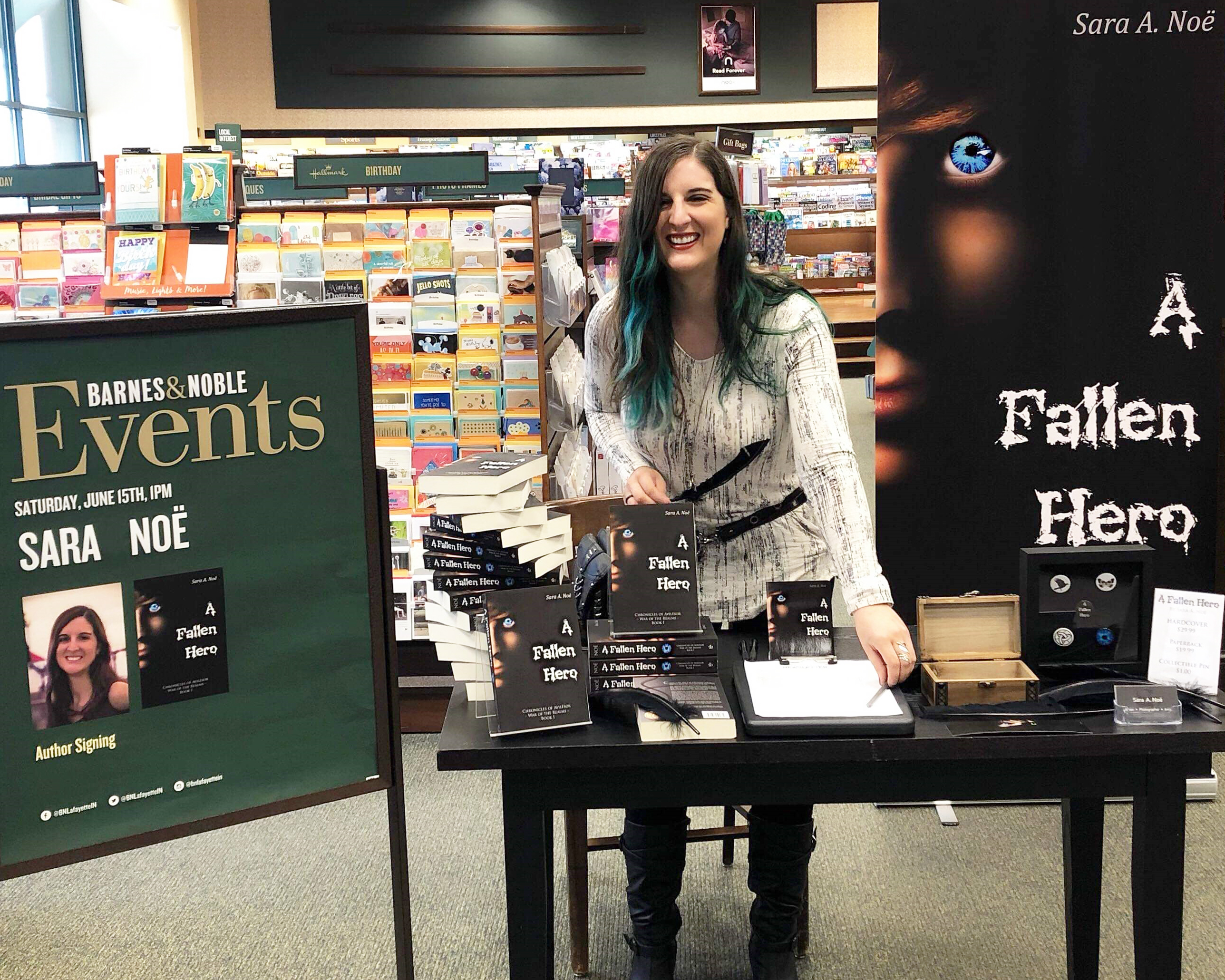 Great question. I could give you a whole list of reasons, but when a stranger at one of my book signings dismissed my fantasy genre and asked me why I didn’t write about my own life, I was speechless while I scrambled to think of a response.

I first encountered this puzzling abhorrence of fantasy while pursuing a creative writing minor at college. To my surprise, professors would often assign writing projects and tell us, “There are no rules…except no fantasy.”

Academic writers have a habit of looking down their nose at fantasy. I haven’t quite figured out why, as writing in sci-fi and fantasy genres requires an extensive amount of world-building and research, not to mention finding creative ways to implement metaphors about ourselves, our society, and our future.

This particular gentleman approached my table at the book signing and asked what my novel was about. “It’s a science-fantasy story about a half-ghost, half-human hybrid,” I began, before he cut me off with a grunt and abruptly set the book back down on the table.

“Oh. I read nonfiction. Is this all you write?”

“Yes. This is my first book, and it’s going to be a series.”

“Why? Why don’t you write about your own life instead?”

Caught off guard and unsure how to answer since he clearly wasn’t interested at all in my novel, I joked, “My life isn’t nearly interesting enough for a book.”

“Who knows? It might be,” he said, turning away.

I thought about the encounter for a long time, well after packing up and leaving the book signing. I was certain the man was wrong. Was I supposed to believe he would have bought and read my autobiography before I’d even made a career for myself? Would he honestly have been more interested in a story about a millennial earning a college degree in a major she didn’t pursue after graduation, then working various jobs in customer service?

Had I been quicker to recover from his surprise attack, I might have answered, “I did write about my own life. Pieces of it, anyway.”

No, I’ve never had superpowers or been held prisoner in a government testing facility. But I’ve felt trapped with nowhere to go. I’ve felt cold, empty, powerless, despite efforts to convince myself I couldn’t be depressed because I had no reason to be. I’ve felt frustration that made my lungs burn with a building scream I couldn’t release appropriately, so I’ve run as hard as I could until I had no breath left to scream. I’ve felt the sting of a mentor’s betrayal and the depthless depression that followed. I’ve cursed at politicians making poor decisions that hurt my community. I’ve wondered where I belong in this life that’s happening all around me and won’t slow down, even for a breath.

In other words, I’ve been locked in a cage. I’ve worn a neutralizer on my arm that drained every bit of warmth and happiness from me. I’ve swallowed a sonic scream that would have had devastating consequences if I’d allowed it to escape. I’ve faced the ultimate betrayal and fallen, hard, in defeat. I’ve stood beside the citizens of Phantom Heights, watching the Agents promise protection even as they quarantined the town and left us to fend for ourselves. I’ve spent long hours wondering who I am, what I’m supposed to be. In which Realm do I belong? The practical one with a tedious but well-paying job—a perfectly normal, human existence? Or the unpredictable one where art knows no bounds, where I can let my power out and hope that creativity and perseverance may deliver success?

I’ve poured so much of myself into my writing that my fantasy stories are my life, maybe just a tad unconventional compared to a standard autobiography. I write the stories in my heart, and they usually manifest in the form of fantasy. I’ve fought monsters and defied enemies. If you take the time to peel back the fantastic metaphors, you’ll find pieces of my life hidden within.

May this post serve as a reminder to be careful what you say to writers! You may end up in a blog or a story!