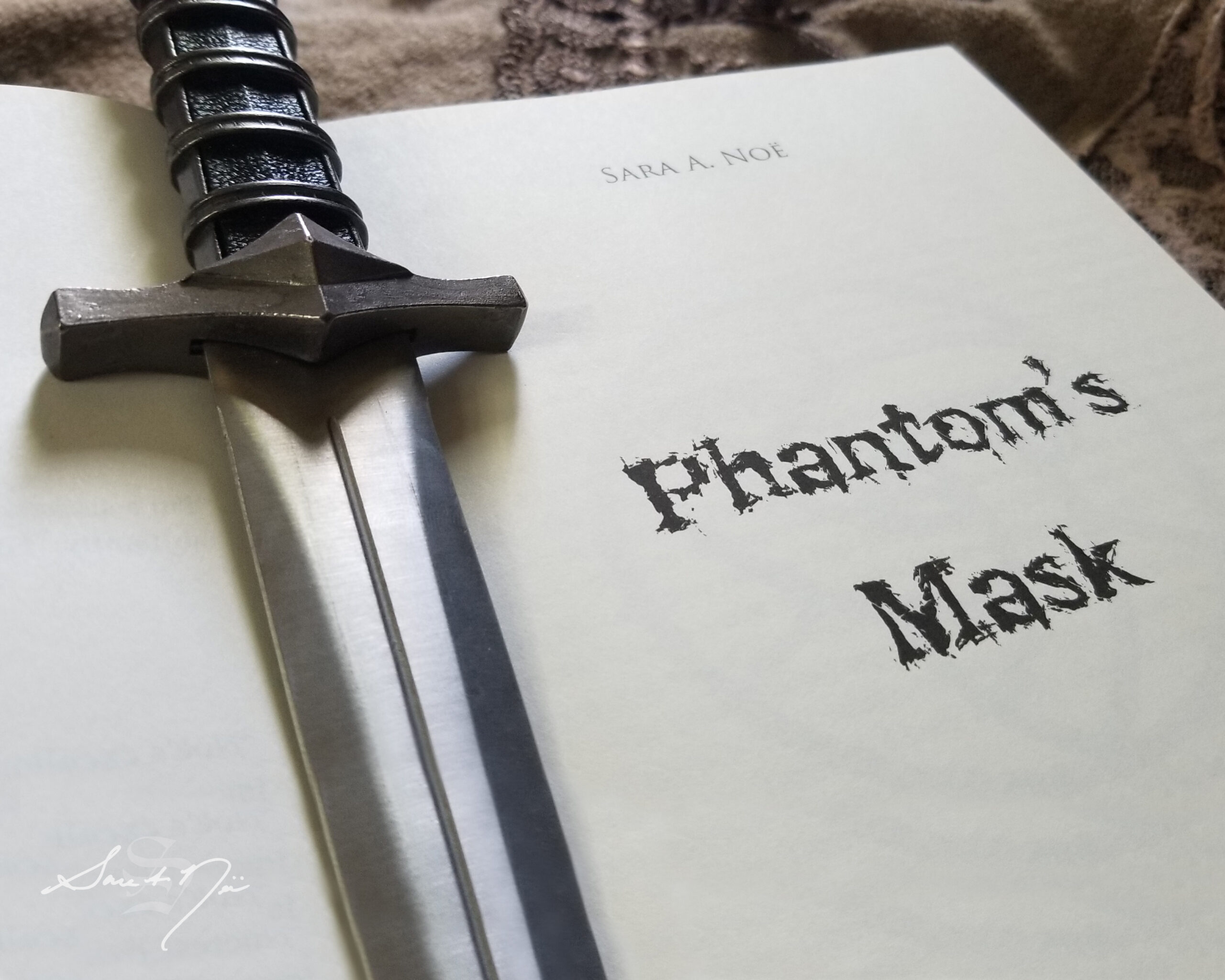 Are you excited for Phantom’s Mask? Even though the novel hasn’t officially been released yet, the editorial reviews are coming in!

The sequel was recently a smash hit with The Prairies Book Review, who gave it 5 stars and called the sequel “an absolute stunner,” going on to write, “The brilliant second installment in the Chronicles of Avilésor: War of the Realms series shows Noë at her most inventive, bringing out her ability to combine paranormal science fiction elements with deep human sentiment… this novel should be on the top in its genre.” Read the full review HERE.

NAM Editorial wrote, “An engrossing new volume in the War of the Realms series… Every bit as exciting as the debut! Noë impresses once again with her imaginative world-building, vivid storytelling, and deeply convincing character dynamics.”

Chronicle Focus Editorial also gave a 5-star rating and said, “This engaging and relentlessly intoxicating installment in the series will keep you up all night and begging for more as soon as you turn the last page.”

So, if you’re not pumped already… it’s almost publication day! We are (fingers crossed) eight days away from the release. I know there’s been a lot of buzz about the book, so I’d like to take a moment and talk to COA fans about this release, as circumstances are a little different than they were last time.

COVID-19 has definitely thrown some new obstacles in the way of this book release. The pandemic caused delays with both my line editor and distributor, which in turn put me about a month and a half behind schedule. Rest assured, I’ve been working hard to try and make my target publication date! (What is sleep? I don’t remember…) There are still a few final pieces that need to fall into place, but I’m remaining optimistic that I can still make my deadline. Even if I ultimately fall short, it should be by only a few days.

However, it’s likely that even after the release, there may still be printing delays due to high volume and COVID-19 safety precautions at the distribution facility. I don’t have any control over the production or shipping once I enable it for distribution, and I’m subject to the same delays, so unfortunately I’m not able to get copies any sooner than other retailers.

What does this mean for the release? Basically, there’s a possibility that although you can order a hardcover online, you might have to wait a little longer than normal to receive it. If you’re an ebook fan, you’re in luck! There shouldn’t be any delays with your download once it’s live. The paperback will be available for purchase at a later date.

I’ll be placing a bulk order for hardcovers as soon as I’ve approved the final digital proof, so there will be copies on the way if anyone local wants to wait and purchase directly from me when the shipment comes in. I may be able to schedule a local book signing event in late July or early August, depending on what happens with the pandemic and corresponding government regulations over the next month.

For professional reviewers and contest winners who were promised an ARC… advanced reader copies just didn’t happen. The delays pushed me too far behind schedule. But I promise you will receive your copies! As soon as I have them in hand, I’ll be signing them and sending them back out.

Book reviews are so important to indie authors! I’ve said that a million times, but they truly are!

I welcome (and encourage) reviews, but I ask readers to please be considerate when it comes to posting or discussing spoilers. Small spoilers are totally fine to talk about the plot, setting, character development, et cetera. But this book is designed to take you on a journey. You’re going to find answers to questions left over from A Fallen Hero, and I want to ensure readers have the chance to experience the journey and unravel the mysteries at their own pace. Please don’t ruin any big surprises!

Early beta readers have already been clamoring for the next book! However, I don’t have a timeline for Book III’s publication yet. After launch, I’ll still be focused on getting the paperback out for the sequel before I can dedicate my full attention to the third book.

But not to worry! Book III is already well underway, currently sitting at about 130,000 words. (For comparison, A Fallen Hero is approximately 154k and Phantom’s Mask is about 195k.) I’m hoping to release Book III in late 2021 or early 2022, but I have not announced a release date.

Phantom’s Mask is almost here! I appreciate everyone’s patience and consideration with the highly anticipated sequel to the Chronicles of Avilésor: War of the Realms series. Time to get excited!