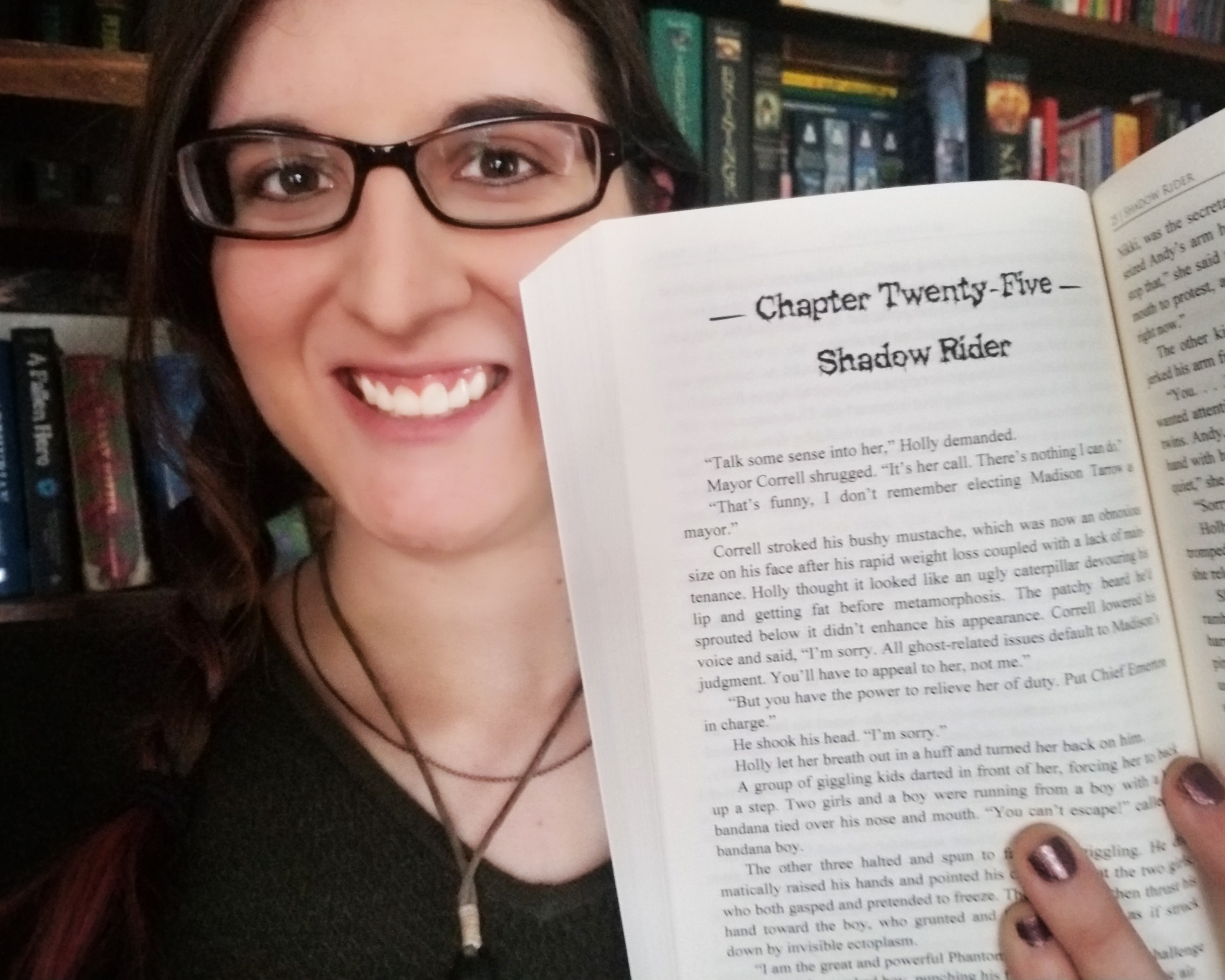 A reader recently asked me if the setting of my new novel A Fallen Hero takes place in a present version of an alternate Earth, or in the future.

That’s a great question! The where of the setting is well established to be the United States—whether on our Earth or a parallel universe is up for debate. For example, Agent Kovak tells a sheriff not to interfere with U.S. Federal business, and Jay reads a sign on a barricade that says, “By order of the U.S. government, this area has been deemed unsafe for civilians. Enter at your own risk.” When Trey visits the AGC, he notes that it’s “far below a prairie wildlife reserve in this godforsaken empty stretch of the Midwest.”

But when does the story take place? There aren’t any dates mentioned throughout the book. But for the keenest readers, there is a very subtle but important clue, and you’ll find it in Chapter Twenty-Five:

“She traced her fingers over the spine of a book, then lifted the novel in wonder, running her thumb over the gold letters of the title, Shadow Rider. She hadn’t seen this book in years….”

“…Her isolation enveloped her. She took a deep, calming breath to keep her misery dammed, then shoved the last piece of bread into her mouth and started reading the marked page—the chapter where the heroine was alone and defeated, locked away in the dungeon of a black castle….”

If the title of Vivian’s book sounds familiar to you, that’s because it was the first novel I wrote. Shadow Rider was almost published in 2010—I had even signed an exclusivity contract for the company that was considering it—but in the end, the arrangement with my mentor at the time collapsed, and the book was set aside while I worked on A Fallen Hero instead.

This hint is more than just an Easter egg—it’s evidence that Cato’s story in A Fallen Hero takes place after the publication of Shadow Rider. Although I don’t have a date or even timeline, I do still have plans to publish it someday. And who knows? During that time, perhaps we’ll start to notice Tears in the barrier separating the Realms….