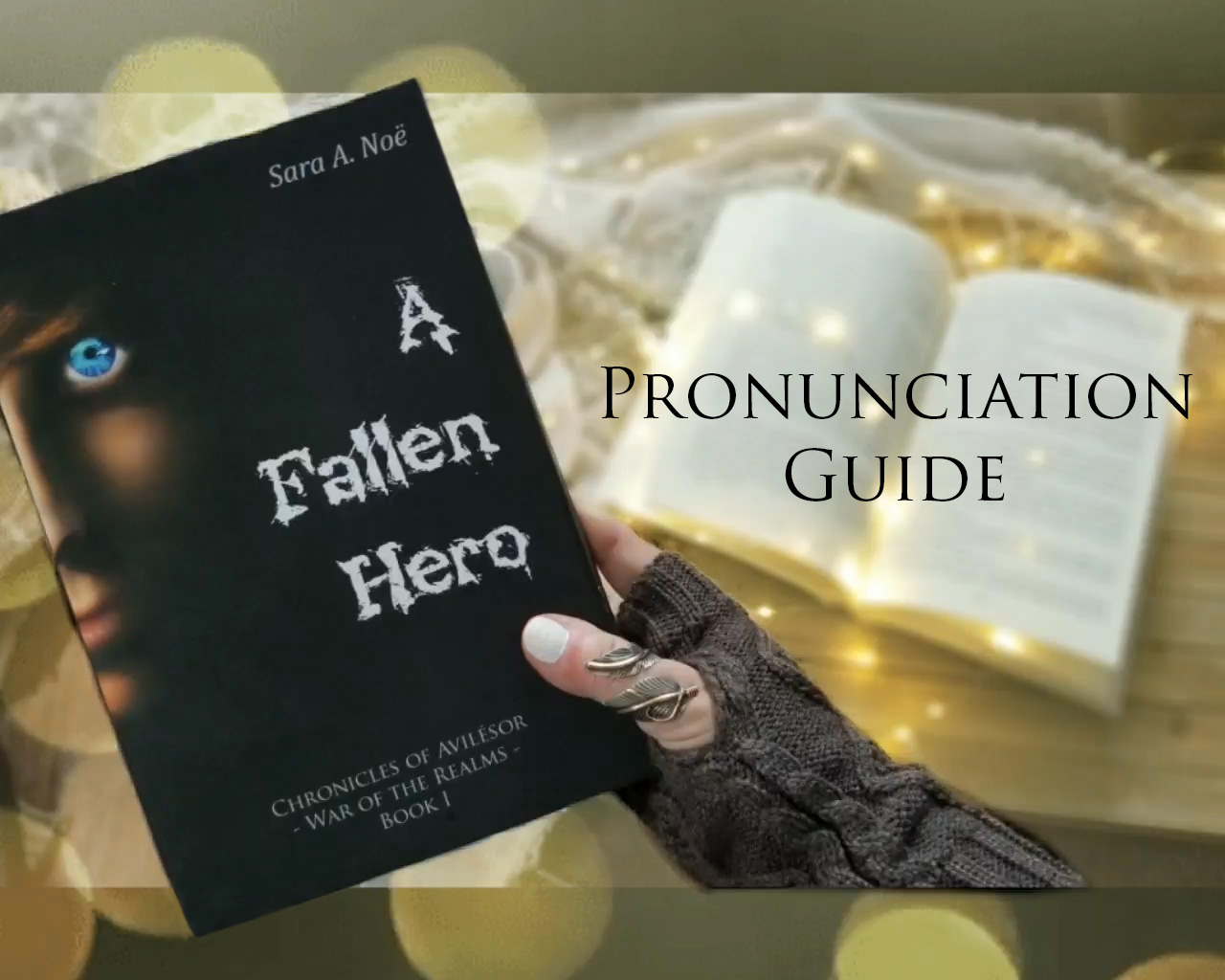 If you’re like me, you derive your own mental pronunciations of unknown words as you’re reading but then get tongue-tied and stumble over those words if you’re talking about a book or reading it aloud (anybody else struggle with Hermione before watching the Harry Potter movies?).

This is a constant battle for me…even with my own book when it was published! I was so used to seeing the words printed that when I first started talking about the book with new fans, I found my invented words to be awkward on my tongue. They’d been locked inside my head for so long that saying them aloud seemed taboo. I hadn’t practiced them.

I also heard a variety of pronunciations that greatly differed from the ones I’d intended, which caused some doubt as to the true pronunciation. Did I like my version of the word better? Or should I try to switch to the reader’s version and pretend that had been correct all along?

Now that it’s been a year and a half since the release date, I’m finally comfortable saying these unique words aloud. And no, despite some serious thought, I didn’t adopt any variations from readers to replace my own pronunciations. Since turning A Fallen Hero into a movie so fans can hear how the words should be pronounced isn’t exactly feasible right now (maybe someday), I’ve created a short video to cover the most important words unique to the Chronicles of Avilésor series and help prepare fans for Book II so you can discuss the sequel with your friends in confidence. The video covers the following words:

It’s also worth noting, although I didn’t include it in the video beyond the initial introduction, that my last name is pronounced “no-ee.” Like snowy, without the s. I’ve heard so many variations my whole life, most of them incorrect! Who would have thought a three-letter last name could be so hard to pronounce? Noë is a Belgian surname and has an umlaut over the e. Fun fact: without the umlaut, it would be “Noe,” pronounced as “No.”

Hopefully by the end of the video, you’ll be able to say “The Chronicles of Avilésor series by Sara A. Noë” perfectly!

I’m planning to do another video after Book II’s release in the summer; if there are other words you’d like to hear pronounced, please let me know so I can be sure to include them!