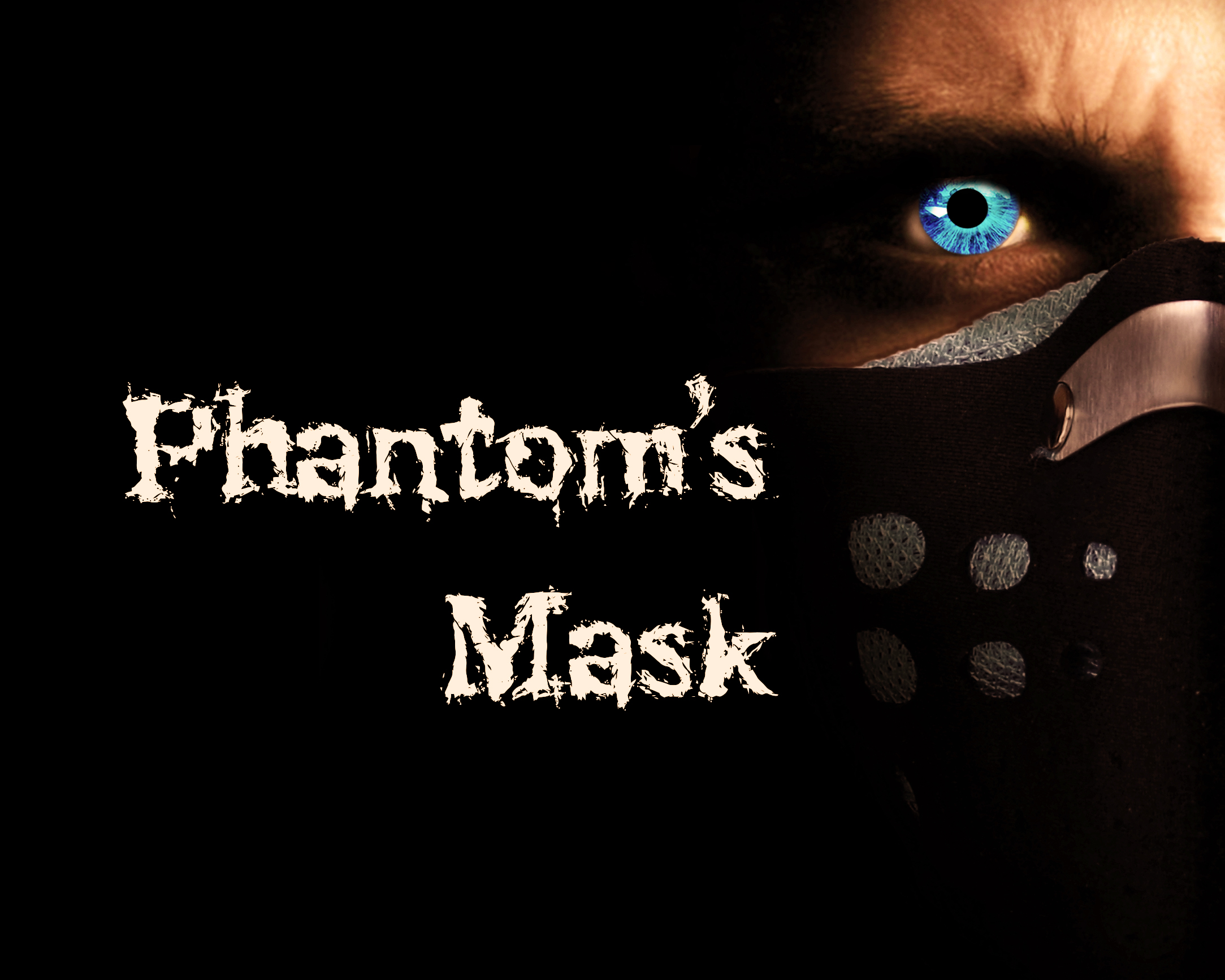 HAPPY ANNIVERSARY! On The Cobblestone Road is three years old today, and I wanted to celebrate with a special anniversary post. Enjoy this sneak peek from Book II of the War of the Realms series!

I followed them under an eerie green sky.

The owners of the voices didn’t even know I was there. Ghosts were usually able to sense each other when another came into range, but I was special in that I could shut off my power, making me undetectable. Though I disliked being powerless, I had to admit it was a useful trick, especially when ghosts were the dominant population. Easier to hide. And when you were the prey, being able to hide was critical.

What a terrifying feeling, being hunted. What made it even more chilling was knowing that safety was an illusion. There was no safe place, not anywhere in this world or the other. I supposed Azar’s fugitives fleeing the Ghost Realm must be able to relate to this experience knowing that ghost hunters would be after them the moment they stepped foot through a Tear. But for me, who spent so much of my life as a free human who never knew what it truly meant to be in danger, it was still a relatively new experience.

The three ghosts I was following were dressed in red-trimmed black from their boots to their cloaks. Their matching uniforms were sharp and pristine. I’d been creeping closer and closer, and now their words were finally in range to hear. One man was saying “. . . decided yet what you’ll do with the reward?”

“What reward?” a woman replied. “Lieutenant Cisco didn’t say anything about a reward.”

“Are you kidding? When is the last time Azar put Captain Hassing in charge of a mission instead of Cisco? He jumped chain of command. I’m telling you, whoever brings him an Alpha is sure to get an immediate promotion, probably a big raise, too.”

I was suddenly conscious of the blatant white Alpha symbol imprinted on the chest of my sleeveless black shirt. I pulled the edge of my cloak in front of me to conceal it, just in case they happened to turn around and spot me. Another guy heaved his shoulders up and down in a shrug. “I don’t see what’s so valuable about these escaped lab rats. Seems like a lot of fuss over some wretches.”

“Hey,” the first guy replied, “Rule Number One: don’t question orders. Rule Number Two: if Azar wants something, you know damn well it’s valuable. And Rule Number Three: if there’s anything of value to Azar, it’s in your best interest to be the one to find it for him.”

I was so engrossed in their conversation that I wasn’t careful enough with the placement of my foot, which found an empty can. I cursed to myself and pressed my body into the corner of an alcove. The Shadow Guards froze. “You hear that?” the woman asked.

“Yeah,” said the guy on her left, his glowing red eyes scanning the shadows. “But I didn’t sense anybody, did you?”

“No,” she replied. The third shook his head.

I held my breath. Surely if I contorted my body any more into the corner, I’d mold into the space like I was made of rubber. I could reawaken my power and become invisible, but I knew I was in their sensing range. The second I let my power flow, the Shadow Guards would know.

I didn’t move. Hopefully I blended into the deep shadows. There was no electricity here, no streetlights to cast pools of light, no vehicles with headlights. In the dark, I was in Azar’s domain.

Finally, the Guards turned away and resumed their patrol. I emptied my lungs in one slow, long release of breath. That was close. Note to self: avoid being a klutz when you’re trying to not get yourself captured. Jay wouldn’t have done something stupid like that.

The Shadow Guards took a left turn at the next intersection. That was good. My lab-family was hiding nearby, which was why I’d been following the Guards. I hadn’t decided yet if I my role was to be a distraction or a sneak-attack, but now it didn’t matter. Crisis averted.

Something jumped from the window above me and landed on my shoulder.

I just barely managed to avoid screaming and flinging the black-and-white kitten across the street. Claws pricked my skin through my cloak. I pressed my hand over my racing heart and whispered, “Bloody Scout, Kit, you just scared me half to death.”

She blinked her golden eyes at me, then mewed and apologized by rubbing her face against my cheek before she hopped down and scampered after the Shadow Guards. Instead of turning left, she went right, and I followed. I paused in the middle of the street to look for the Guards. They must have turned another corner, because the road was deserted.

Kit and I both paused and turned our faces to the sky when lightning flickered in the green clouds and a low rumble splintered the air in its wake. Kit’s ears fell, tail drooping. I walked past her, jolting her attention; she trotted after me. I knelt beneath a broken window, and Kit sat down on her haunches facing me. “All clear?” I whispered.

Her ears swiveled. She crouched and jumped up onto the windowsill, then leapt into the dim interior and out of sight. That was a good enough answer for me, and I pursued her into the building.

The office appeared to be deserted, but the trail of footprints in the dust told me otherwise. I closed my eyes and concentrated on finding my center. To turn my power “off,” I had to push the warm spark deep inside myself and seal it away, unfortunately a similar sensation to what the neutralizer did. The difference was, I could reactivate it whenever I wished.

Once I broke the floodgates, the tingle awakened my blood. I didn’t need a mirror to know that when I opened my eyes again, the right one was glowing blue, the left green. The hot and cold currents of my dual Divinities circulated in my core again. That felt so much better.

Immediately, I shivered. It was a distinct feeling—a cold, sliding sensation along my spine. It happened only when another ghost entered my range. Or, in this case, when I entered the ranges of five other ghosts.

I strode past the dented filing cabinet, the bare desk, and the chair with a broken wheel. In the doorway, I hesitated. Shapes were moving in the dark. I could identify the silhouettes of my lab-siblings by the color of their glowing eyes. RC was nearest to me; only one of his violet eyes was aglow. Ash—her smoldering red eyes so different from Axel’s chilling ones—was kneeling, and I caught the briefest glimpse of light reflected off a cat’s eye. Two pairs of cobalt eyes observed from the corner. I was so pleased to see Finn and Reese alert and sitting up by their own strength. One of the twins coughed, the sound echoing in the cavernous room we called Home.

Jay’s silver eyes locked onto me. “Cato,” he greeted, then asked, “Where’s Axel?”

“I thought he was with you.” My spine tingled again, making me shiver.

“Here,” came Axel’s quiet voice. A new pair of ruby eyes had appeared out of nowhere. Jay nodded. He, RC, Ash, and I gravitated to each other.

“Is everybody ready?” Jay asked.

I looked at Ash and RC, waiting for them to answer. Yes or no. Either way, I’d like to know somebody else’s opinion, because I was still hopelessly conflicted about our decision. When they didn’t respond, all I could think to blurt was: “Question.” Their heads all turned to stare at me. “Are . . . we sure about this?”

“We already decided,” said Jay, his voice resigned. “No going back now.”

Ash’s form reached over her shoulder and pulled a long metal staff from her harness. RC drew his hand out of his pocket, and from the gaping holes in the ceiling, the green glow of the clouds reflected off the metal in his hand. I wasn’t ready to summon my weapons quite yet.

The room was suddenly bathed in bright light. I saw, just for an instant, my lab-family. Finn and Reese sitting on a nest of blankets, the backwards hat over Finn’s mess of chestnut hair the only way to tell the identical twins apart. Axel leaning against the wall, his clairvoyant eyes peering through his unruly coal-black hair. Kit, still in her fur, sitting next to Ash’s boot with her tail curled over her white paws. Ash clutching her staff, a silver band glinting on her upper arm, her ports visible in a line across her forehead. RC’s milky blind eye marred by a pink scar, the right sleeve missing from his shirt to expose the gauze winding around his arm. Jay’s ashen gray hair swept to one side, the silver whistle around his neck.

I had less than a second to imprint these images. Then, just as quickly as the light had come, we were lost in darkness again, only silhouettes with glowing eyes in the reverberations of a clap of thunder that made the depths of my bones vibrate.

***Please note that the first draft of Phantom’s Mask has not been reviewed by beta readers or a line editor yet. Anything posted here is not final and is subject to change during the editing process.***

Want to read more? I’ll make a deal! If A Fallen Hero can get 20 reviews on both the hardcover AND the paperback versions offered on Barnes & Noble’s website, I will release Chapter One: In Thunder’s Silence here On The Cobblestone Road!

One thought on “First Sneak Peek at Phantom’s Mask: Prologue”