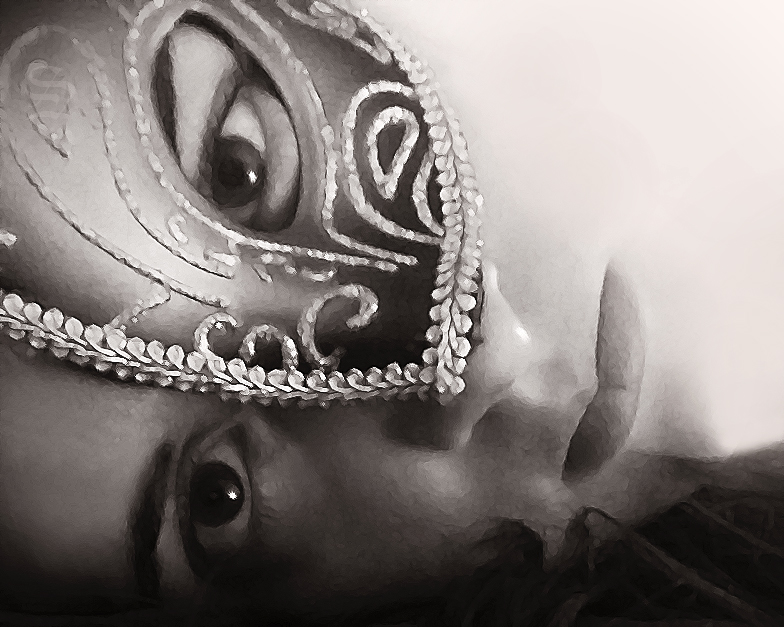 We all wear masks,
or so I’ve been told.
Intricacies fashioned
of silver and gold.
Painted smiles
white and red
will hide our troubles,
our sadness, our dread.

But my mask is heavy,
of iron and steel.
Cast in cold metal,
forever I’m sealed.
Hooks and wires
to make me smile,
a rod in my back
to stand for a while.

Strings on my wrists,
my ankles, my feet,
to carry me onward
down this empty street
toward a dead end,
though still I march,
a marionette
beneath a black arch.

I wear my mask of metal
to conceal the widening cracks.
But one day soon I’ll break . . . .

and then there’s no going back.

My intention was to post only this poem, but I would like to take a moment and address the photograph that accompanies it.

In 2013, I was a junior at Purdue University studying landscape architecture. I would still describe myself as a “closet writer” back then. I was living in Naperville at the time, halfway through my year-long internship at a firm. It became a dark time for me. I lived for the weekend when I could take my camera along the river walk, explore the antique shops, and lose myself in Barnes & Noble for the afternoon. Saturday was the brightest point for me, the light at the end of the five-day tunnel to reach it. Sunday’s glamour was slightly dulled by the dread of the next day. During the week, I was up by 7 (to the best of my efforts), at work by 8, and if I was lucky, I was back in my apartment by 6 before the sun set. If not, sometimes I wasn’t collapsing on the futon until 9 or later. The latest I remember leaving the office was 1 a.m. on a Friday night.

After work, I had a tendency to nap. I’d purposely not eat beforehand, hoping that an empty stomach would motivate me to wake up after a short rest. Sometimes my alarm roused me after the intended hour-long cat nap. Sometimes it didn’t, and I’d jolt awake hours later with a rumbling stomach.

After dinner, I spent hours absorbed in my novel. It wasn’t uncommon for me to be up until 3 or 4 in the morning. I’m proud to say that during that year, I not only finished the first draft of the first book (while simultaneously working on the other five in the series), but also finished the first round of edits. It came at a cost, though. My body started to operate on auto-pilot with only three or four hours of sleep a night. I needed the weekend to recharge and sleep until the early afternoon hours. It became a vicious cycle. My characters kept me up, but I think it was more than that. I didn’t want to go to bed because I knew as soon as I laid down and closed my eyes, the alarm would be calling me back to the office.

When I posted the photograph of myself in a mask onto Facebook, the reactions I received were the opposite of the message I was subtly trying to say. Most people took it as an inspirational quote. I suppose it depends on whose shoes you’re wearing when you read it. From where I stood, it was a confession of misery.

“Life is about discovering who we are while trying to become who we want to be.”

For me at the time I wrote the statement, who I was and who I wanted to be were very different people. Who I was was a landscape architect spending hours staring at an AutoCAD screen while praying for a lunch break (sometimes I was able to take one, sometimes I had to work through lunch and eat at my desk) just so I could escape the stuffy office, sit under a tree, and crack open a book to unplug for an hour. Who I wanted to be was an author pursuing her true passion instead of going through the motions and pretending not to be as miserable as she really felt.

We all wear masks. We laugh at jokes that aren’t funny and alter our personalities to fit in with whatever group is surrounding us at the time. I envisioned a masquerade ball. Everybody around me wore beautiful, light-weight masks of satin and sequence, brightly colored and innocent. My mask was made of iron and was slowly suffocating me. I think for many people, the mask they wear is who they want to be, who they pretend to be. Who they are is inside. In my case, it was the opposite. I felt like who I was was that mask, and all I wanted to do was shed that skin. Who I wanted to be was chained up inside the landscape architect, crawling out in the peaceful solitude of night only to be locked away again by daybreak.

Who I want to be has not changed. She usually awakens at night, but she greets me in the form of daydreams, too.

Who I am is lost.

Someday, I hope they can be one and the same. Someday, I hope my mask is satin. It won’t be attached by hooks and wires that force me to smile. It will be a formal front, nothing more, because both the mask and the person beneath will be a writer. Nothing more.

26 thoughts on “Welcome To the Masquerade”