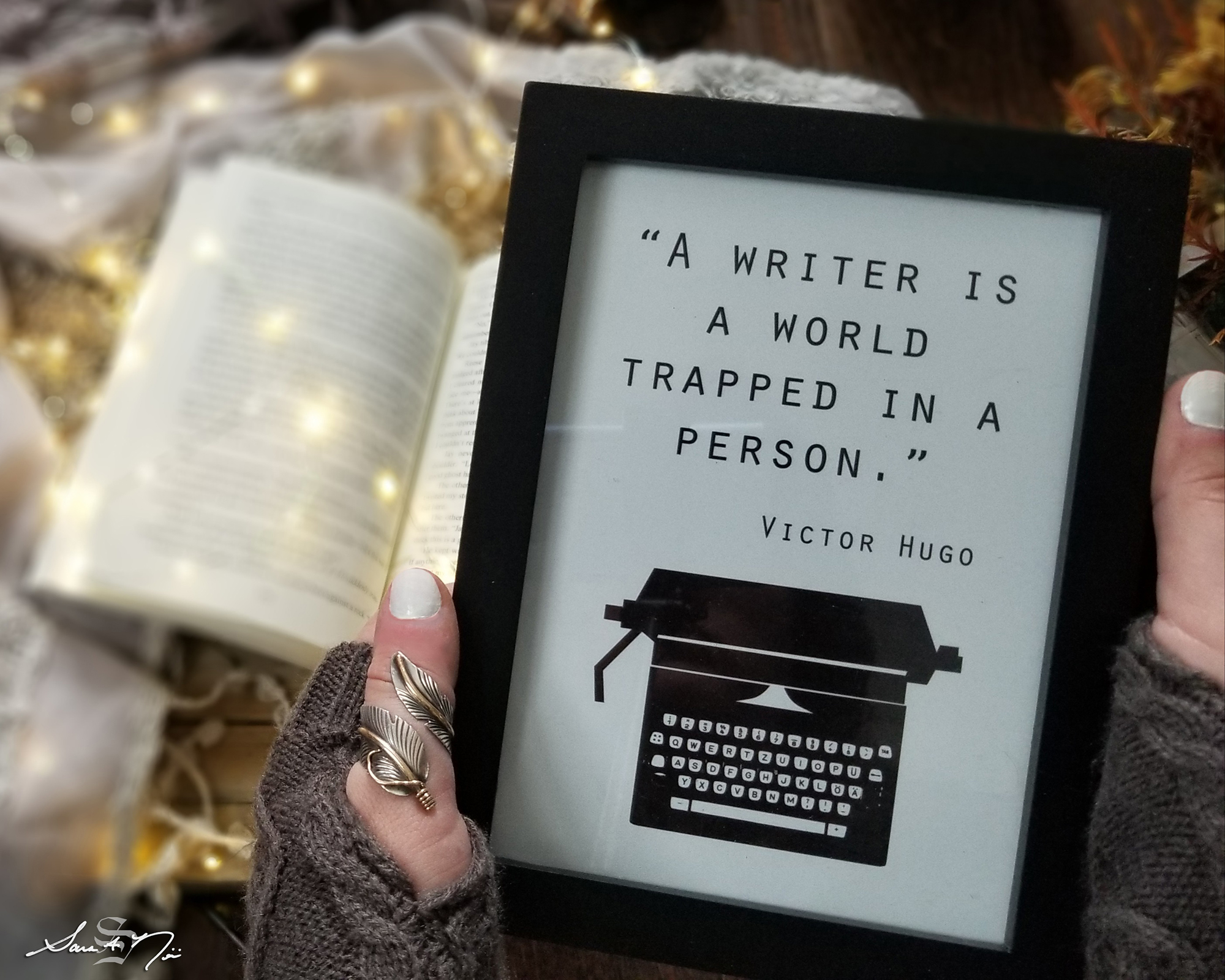 “I’ve always thought it would be so cool to publish a book. How do you write a novel?”

Honestly, I abhor this question. And before you judge me for sitting too far up on my high horse and being annoyed when I’m expected to answer it, let me explain why.

Would you ask programmer how to code a website from scratch and expect a full answer in a few concise sentences? Probably not, but the principle is the same in both questions. You’re taking a massive and complex topic and condensing into a question so casual that in many ways, it demeans the amount of work and time that goes into the process of creating a website or writing a novel.

Don’t get me wrong—I’ve met plenty of writers and aspiring authors during my book events, and I’m more than happy to discuss my experiences with them. I’ve had people reach out to me asking about independently publishing as well as tips on getting through writer’s block, improving character development, et cetera. I enjoy answering those questions and helping budding writers find their voices.

But I didn’t write a novel because I’d always wanted to publish a book. I wrote it because I had a story that I needed to tell. In fact, being an author was never an aspiration in my childhood.

If you’re asking, “How do you write a novel?” but really saying, “How do I find my story to write?”…well, that’s a completely different question, and I can’t answer it. Everyone’s story is unique to their passion and experiences. Read more books. Travel. But I can’t tell you what your story should be, and if you’re writing for the market rather than your own heart, your tale just isn’t going to shine without the passion behind it.

If you’re seriously asking, “How do you write a novel?” and expecting me to enter English teacher mode and supply you with a step-by-step guide from the first word to the best marketing strategy once the book is published, I can’t answer that either. Partially because I’m still figuring out my own strategy, but primarily because life isn’t that simple—why would writing a novel be? It’s a messy, frustrating, difficult process if you’re a serious writer, and just like life, the process is different for every single person. If you’re not born into wealth, nobody hands you a set of instructions and says, “Just follow steps A through Z in order, and then you’ll be a successful millionaire.” You have to put in the work and learn from trial and error in order to succeed.

My best advice: just start writing. Do writing prompts, if that helps you. Make an outline, if that’s your fancy. Or don’t, and just dive right into your story, which is what I did. My characters’ lives were playing out in my daydreams like a movie. All I did was sit quietly in my own mind with them until we got to know one another, and then I wrote down the stories and stitched the collection of adventures together into a complex quilt of a novel.

It wasn’t pretty. It wasn’t easy. It wasn’t sitting in a sunlit writing nook or coffee shop with a steaming cup of tea by my wrist as I spun gold from my fingertips in elegant, perfect sentences. It was many early hours of the morning, sometimes until sunrise, tapping frantically at the keys with abandoned notes for a college biology final scattered all around me.

It was short, sleep-deprived nights and long, tiring days. It was typing, deleting, rewording, cutting/pasting, rearranging, deleting again, lying down to sleep but tossing and turning until finally giving up and opening the laptop one more time to let that bright portal open back up into my dark dorm room.

It was printing pages and making them bleed with a pen drawing a road map of arrows and brackets and crossed-out dead-ends and scribbled out chapters.

It was hours upon hours tuned out of my physical environment until my shaking hands brought me back to reality and made me realize that I’d missed a meal and I needed to eat.

It was finding the courage to ask my first beta readers to provide feedback when I was so proud to have a completed first draft but so petrified to expose it to the world and face criticism after spending years crafting my story.

It was cursing and crying when my computer crashed and I lost hours of work.

It was a Word document hidden in a minimized window so I could secretly pull it up and write during college lectures when I was supposed to be taking notes instead.

It was an obsession that was probably unhealthy at times.

It was missing out on parties.

It was a pit of guilt in my stomach when I did go out with friends but knew I had so much more work to do at home.

It was walking away from the computer in anger to stew over an editor’s ignorant comment, only to realize that the misunderstanding was due to my own failure to clearly convey a world-building detail.

And after the publication…it’s sweaty palms every time I see that a new review has been posted.

It’s a sinking feeling of disappointment when I look at low sale numbers and wonder how I can find enough hours in the day to work a full-time job as well as write and edit the next book in the series and design the cover artwork while also marketing the first book and finding some time to eat, sleep, and enjoy life while I’m at it.

Sometimes, it’s buying boxes of books and driving to an event just to sit at a table, smiling at patrons and having nobody buy a single novel or even come talk to you.

Other times, it’s a steady flow of people approaching to ask what the book is about and then tuning you out to read the synopsis on the back while you’re reciting your carefully-rehearsed elevator pitch that took several tries to get right. The work doesn’t end on publication day.

Publishing a good book is many, many things. Some great. Holding your book for the first time is a euphoria I’m so grateful to have experienced in my lifetime. Some bad. The amount of time, work, stress, and money, if you’re an indie author, is extreme and shouldn’t be taken lightly.

“How do you write a novel?”

This question tells me you’re either belittling a massive topic into small talk because you don’t know what else to ask, or you’re feigning interest in publication but you’re not in fact serious about being an author.

Serious writers have already done a lot of research and ask more fine-tuned questions to either help overcome an obstacle in their writing or take the next steps toward publication. “What character traits did you give to your antagonist to make him more relatable? How did you keep the pacing strong during the middle of the book before the climax? Why did you decide to publish independently rather than pursue the traditional route? What’s your word count, and how did you keep it within the industry’s standard range?”

Please don’t casually ask, “How do you write a novel?” My reply to your six-word question is a six-word answer:

Find your story. Write it down.

Beyond that, it’s your own challenge. Even if we’re writing in the same genre, your path isn’t the same as mine was. You just do it. You put in the time, the work, the headaches, the sleepless nights, the writer’s block, the tears, the research, the long hours of solitude, the fear of failure, and get it done in the method that best suits you. It can be months, or decades—however long it takes you to finish. Don’t compare your progress to others. There’s no right way, but plenty of wrong ways.

If you’re a serious writer, you’ll figure out your own way.