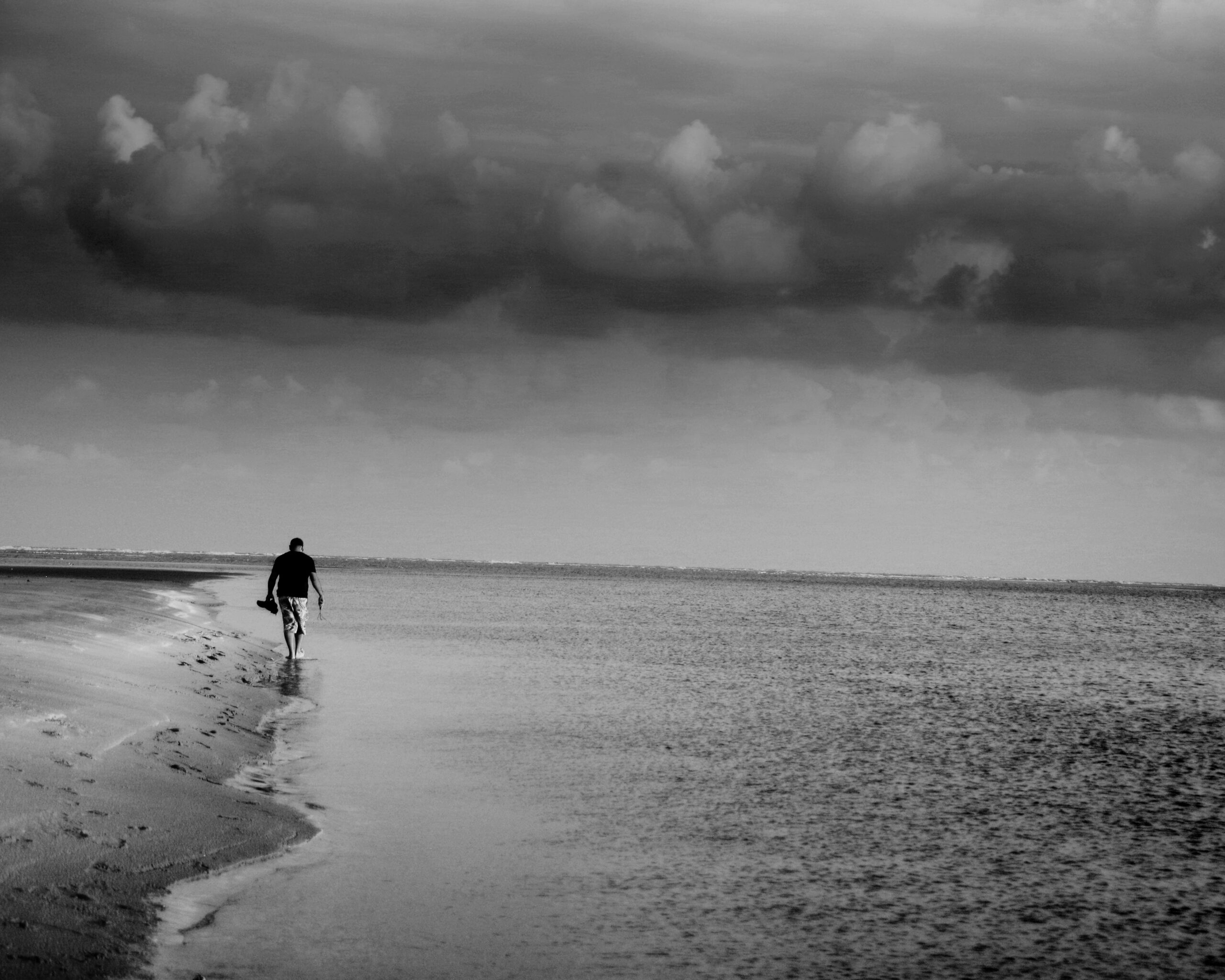 In today’s market, the stakes have to be higher and the bad guys have to be stronger, faster, and more cunning than ever. To write a good story, we want to see the protagonist pushed to the edge and over. Limits have to be tested. But what happens when you’ve placed your hero in such a hopeless situation that you’ve written yourself into a corner with no solution? You’re stuck. You don’t want to even think those disheartening words — writer’s block.

Relax. There’s no need to panic and slam that backspace key for a redo. Don’t rewrite your character into a less challenging struggle just because you can’t conjure an escape route. Though it may take you hours, weeks, or even months to figure your way out of the maze you’ve drawn yourself into, there is a solution somewhere. How you find it depends on how your mind solves puzzles. First, let’s be honest; letting your hero escape solely because of the antagonist’s blunder is a copout. A critical mistake might lead to an opening for your protagonist, but s/he has to exhibit at least a little bit of cunning and creativity to wriggle out of that spot. Pure luck is going to make your story fall flat. But then, what to do?

Sometimes you need to stop trying to figure out what your hero would do and instead ask yourself, what would I do? Granted, your solution is not always the one you’ll want to write. If your natural response is to have a panic attack and start crying, that’s probably not the course of action you want your hero to take. But it helps to close your eyes and envision yourself in the situation instead. Shorten the distance between you and your distressed character. You might surprise yourself when the danger feels more real and you have to make a decision, then deal with the consequences.

For me, I rarely find myself in those tight jams. Usually, events unfold relatively smoothly, and at most I’m stumped for just a few minutes of serious thought before an idea comes and I start writing, knowing that the effect is like dominos and the series of events will play off each other once I pass that tricky snag. That is, except in one battle that frustrated me to no end and spanned months of under-the-breath curses and head-scratching.

My protagonist had been in plenty of challenging circumstances already, and he managed to work through them all. Part of his success came from the powers I granted him, allowing some creative options to adapt to situations. What made this one section so impossible was that I stripped my hero of all powers, all resources, and even mobility. And then I was stuck. How could he escape when he was outnumbered, couldn’t move, couldn’t speak, and had no power?

The warmth in my core goes out like a candle, and instead of running through the wall, I collide hard with the brick and rebound back, lying on the alley floor gazing up at the cloudy sky. My ears ring. My muscles are weak and shaky, my vision blurred, blood tickling my nose. Intangibility consumes a high amount of energy and is the most strenuous power to use. I pushed myself too hard.

I scramble to roll over and stand up so I can assume a defensive position, but I’m too slow, and the Traders had purposely been forcing me to exhaust my power reserves so they could make their move. I’ve barely risen to my feet when a lasso catches my right wrist and goes taut, pulling my arm. I scowl and pull back with all my remaining strength. Even though I’m weakened from exerting too much power, his boots slide as I drag him after me. Then I take a step toward him, slackening the rope. Startled and off-balance, he flails and falls on his buttocks. I reach for the rope with my free hand to remove it, but before I can even touch it, another rope is thrown from behind me to catch that arm. It tightens, yanking my other hand back. I whirl to face my next opponent when the first Trader that fell rises and pulls his rope tight again. My arms are being pulled in opposite directions. I grit my teeth and bring my hands together, overpowering my captors for a moment.

Then another rope loops around my neck. Two more find my left arm, and these aren’t lassos; they’re ribbed with metal barbs that bite into my skin. The other Traders are moving in from the alley mouths. They pull in opposite directions so no matter how much I writhe, I’m trapped in the middle of a painful game of tug-of-war. Their ropes won’t give, and as strong as I am, I just can’t break free from the six men holding me. I open my mouth to scream for help just as a seventh Trader steps up behind me and sets the loop of a cloth strip between my teeth, stepping back and pulling tight on his ends to gag me. Panting like a wild animal, I continue to squirm. My heart pounds against my ribs. Restraints leave me helpless; they take me back to a dark place in my memories where anyone could hurt me and there was nothing I could do to defend myself.

More Traders approach, ropes in hand. I count a total of twelve. The leader strolls down the alley. His deep voice echoes in the small space: “Good job, men, hold ‘im steady. Haha, we got ‘im now, eh?”

I glare at the leader, who stops in front of me. He observes me in satisfaction. When his hand drifts toward my face, I flinch and try to back away, but the ropes hold me firm, trapped in a web of cords. I scowl and take advantage of my restraints, seizing the ropes in my fists and using the leverage to push off the ground and kick out with both feet. The leader calmly steps back out of range. I’d made a mistake; immediately more Traders throw ropes around my ankles before I land on the ground again. They move to the sides, tightening their ropes, now completely subduing me so I can’t kick anymore. I squirm, a frustrated scream muffled behind my gag.

“Easy, boy,” the leader murmurs as he draws closer again. “Easy. You’re a-right; I want ya in one piece.” Despite his gentle voice, he seizes my hair with a hard grip that reminds me of Them. I shudder, grinding my teeth against the disgusting cloth in my mouth while he tilts my head back to inspect his new captive. “What’s a matter?” he teases. “Ya look a bit tired. All burnt out?”

Months passed before I finally devised an escape route for my protagonist. During those months, I gave the problem some serious and constant thought, but I didn’t let the roadblock hinder my progress. I worked on other pieces of the story. I edited, and I skipped through my timeline to record other vignettes. And, when the answer finally came to me, it was an epiphany that had nothing to do with me or my hero. It came from a character that wasn’t even present in the scene.

One of my problems, and perhaps other writers share this weakness, too, is single-mindedness. I was so focused on what my protagonist Cato couldn’t do that I was completely blind to other possibilities. It wasn’t until I re-envisioned the same dilemma with a different character in Cato’s place that the answer finally started to take shape. And in the end, my realization of the solution became Cato’s:

My power is completely gone, leaving me helpless in my human state. I bow my head in defeat. I can’t raise my arms or summon enough power for a distress call to signal my lab-family. I can’t shout. I can’t maneuver. Okay, think. Matt is human. How would he get out of this situation?

Sometimes, we just need to examine seemingly impossible problems from different angles. Our characters are unique and different; if one is stuck, consider how another might tackle the same problem. Whatever you do when you find yourself stuck in a corner with no visible escape, don’t bang your head against the table trying to force an answer. Let your mind wander. The answer will eventually come to you, probably when you’re in the shower or trying to fall asleep.

(What, you didn’t think I was going to reveal how Cato escapes, did you? That would ruin the surprise. You’ll just have to read the whole story one day.)

*** The War of the Realms series is unpublished at this time; all writing samples, working titles, and character names are subject to change.

11 thoughts on “Trapped In A Corner… Now What? Dealing with Writer’s Block”