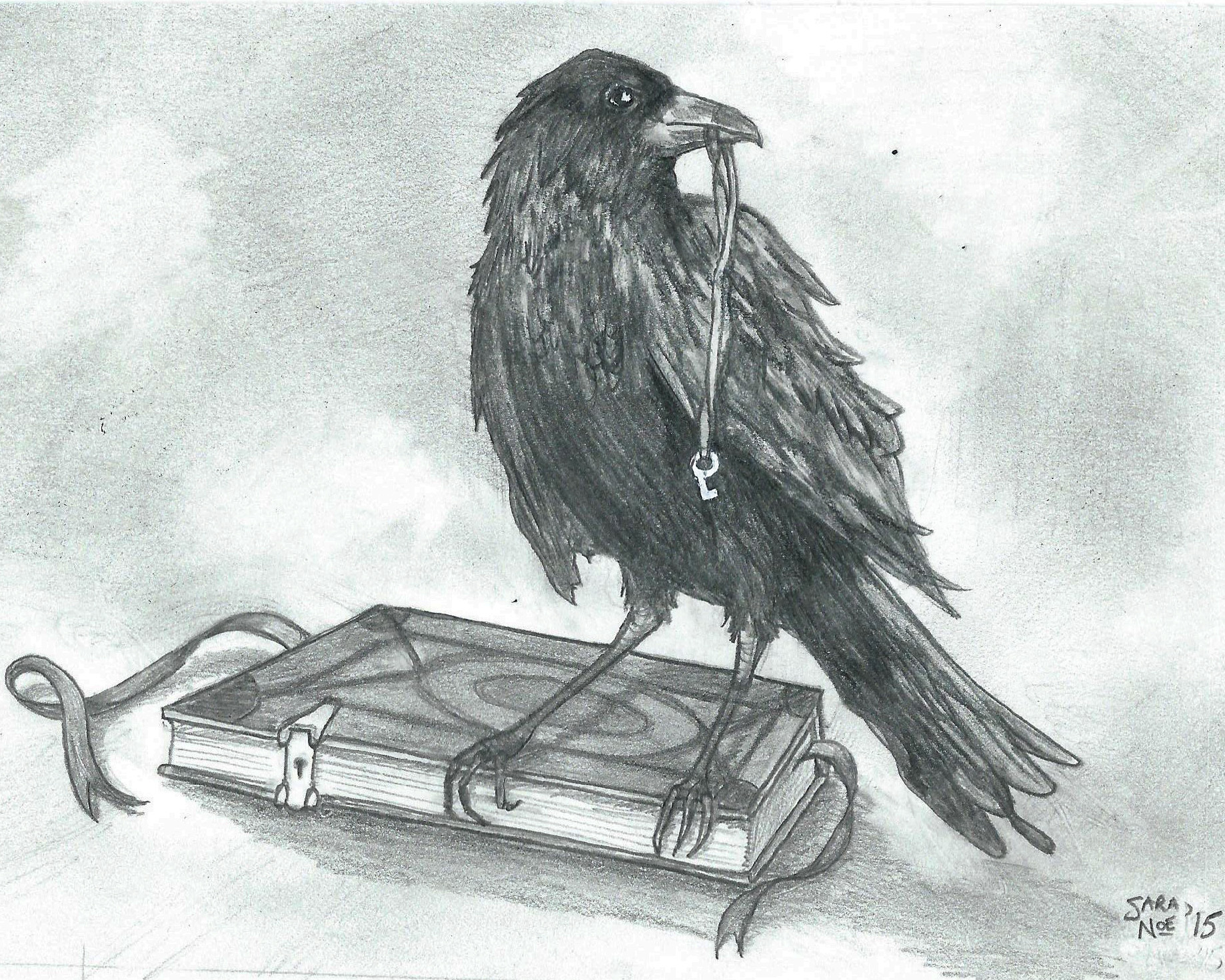 Three leagues North as the raven flies, messenger of the gods. In barren white, the call sounds. One for sorrow, two for mirth. Three’s a wedding, four a birth. Ink on snow’s stark canvas, weightless as a shadow, black as night before we flooded the sky with blinding light, erasing stars.

Five for silver, six for gold. Seven a secret ne’er to be told.

Wise eyes of untold depths. Truths we shirk from in an ocean of knowledge whose surface we have only skimmed. The ancient ones saw a scarless Earth and marveled at its pureness.

The ravens lament what we’ve done.

Ten for the Devil’s own sel’.

*Reference to “Counting Crows” rhyme, The Folklore of Birds by Laura C. Martin © 1993