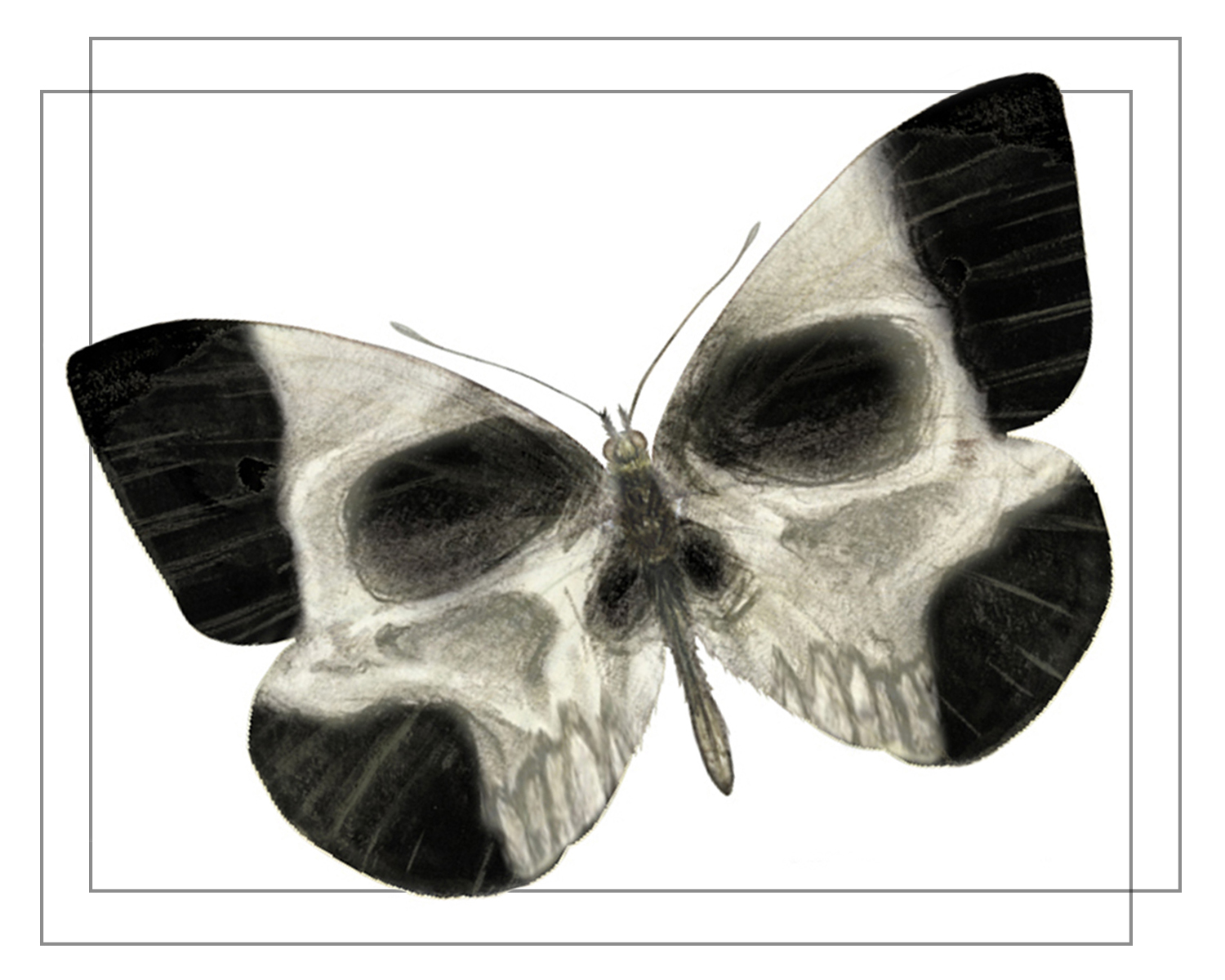 Earlier this summer, I had the pleasure of joining a Zoom book club meeting to answer questions from readers who had just finished A Fallen Hero. One question truly intrigued me:

“In this universe, both humans and ghosts belong to violent, patriarchal societies. Women (so far) are on the sidelines without much real power, subservient to men. They are in charge of smaller spheres, but not the largest. Indeed, their power lies in behaving like men, hunting and killing the ghost race. Violence, or the threat of violence, is ever-present. We see glimmers of nurturing, kindness, and understanding in Doc, but she is the exception. What should young female readers understand from observing these characters? Will there be movement toward a more compassionate and peaceful resolution to the differences between the two realms?”

There’s a lot to unpack there! Let me start by stepping back and taking a critical look at our current society from the perspective of a young American woman. Although women have indeed made great strides forward, we do still live in a patriarchal world. Women have a steeper hill to climb to reach top positions and earn the respect of their male colleagues and clients, and we also see many more men occupying powerful roles in the military, in Congress, even as CEOs.

In 2020, despite a record-high number of Fortune 500 women CEOs, the ratio of companies run by a man in comparison to those run by a woman is 13:1 in the United States. And unfortunately, COVID-19 has caused women to be cast out of the workforce at a much higher rate than men, potentially setting our progress back even further.

The setup of the patriarchy in the War of the Realms series felt natural in relation to current societal norms, especially when considering that I started writing this story a decade ago in 2010, with plans for its development starting several years earlier.

The two antagonists, Agent Kovak of the Human Realm and Azar of the Ghost Realm, are men in positions of great power. They aren’t interested in diplomacy with one another; their gazes are set on war. They are two unwavering, unstoppable forces about to collide, and each is determined to overpower the other in a display of sheer strength.

But the town of Phantom Heights, although a “smaller sphere” in the grand scheme of the conflict, is predominantly led by women, and that was no accident.

Let me pause on that train of thought for a moment and consider common female representation in fiction, specifically in the fantasy genre, where women all too often have the unfortunate tendency of falling into one of two tropes—the helpless damsel in distress waiting to be rescued, or the unrealistic warrior doing backflips in high heels. That’s not every fantasy story, and I do think modern storytellers are getting better about female representation than they used to be, but those tropes are common in the genre, and that’s not something I wanted to endorse.

This is why, when Vivian Tarrow is kidnapped, I wanted to make it clear that she’s not a helpless damsel despite her role as a victim. She’s a fully capable, battle-experienced raider, and rather than sit around and wait for someone to rescue her, she hatches her own escape plan.

I stood guard in the doorway while Jay ventured into the room. Behind my back, I gripped the contours of Vivian’s ectogun. I didn’t actually know how to use it; I surmised all I had to do was pull the trigger, but I wasn’t sure. It was meant to be a scare tactic if our prisoner became aggressive. Vivian Tarrow wasn’t exactly your typical damsel in distress.

Phantom Heights would be a curious case study in that it was set up to be a typical patriarchal society with Mayor Correll at the reins and Police Chief Emerton maintaining order, but once the society collapsed, it was Madison Tarrow who took control.

I don’t know if I would go so far as to say that the fictional women in the series are behaving like men. They’ve lost some of the passiveness and diplomacy that tends to be associated with women, but that doesn’t make them masculine. They’re defending their lives, their home, and their families, and they’re so competent in what they do that there’s never a question of whether a man would be a better candidate for the leadership position.

Even Chief Emerton, who is well within his rights to lead based on his experience, takes a backseat to Madison because she’s more qualified. He isn’t bitter about the arrangement. He doesn’t undermine her or challenge her for leadership. He leads the secondary raid team and follows Madison’s guidance, willingly yielding to her authority whenever the two teams are working together.

A reader once proclaimed that Madison was her favorite character because she’s strong and confident, but flawed, and therefore relatable. She isn’t Wonder Woman, but she is a leader to look up to.

And yet, while Madison may be the primary force to reckon with in Phantom Heights, she isn’t the only strong woman holding the society together.

Doc, in my opinion, is an unsung hero in the story. Her medical expertise has without a doubt enabled the community to survive, and, as with Madison, her qualifications are never second-guessed, even though Doc is a woman of color. She has stepped up in a crisis and saved many wounded raiders from dying of an injury or infection while also keeping the civilians sheltering in City Hall as healthy as possible in the squalid conditions with limited supplies. Her two nurses, a man and a woman, serve beneath her. I felt it was important to make Doc a strong, smart woman and pair her with a male nurse to assist, as that would flip the roles many people automatically assume when they think of a doctor and nurse.

Another strong woman who doesn’t really get a chance to show off her skills in the first book is Holly Jennings. She’s a politician who has largely, to her malcontent, become rather irrelevant in the spectrum of power when the town is forced into survival conditions, but we can gather that Holly had been steadily chipping at that glass ceiling when society was still in a state of normalcy. While Mayor Correll may have been the face in charge, Holly constantly undercut his authority by wielding enormous influence over city council and manipulating her fellow councilmembers to her will. She’s conniving and ruthless when necessary, demonstrating the extra effort many women must exert in order to climb the ladder when their male counterparts (like Mayor Correll, who has proven to be rather incompetent when presented with a true crisis) often advance with relative ease.

Holly worked her way up through blood and sweat but very few tears because she’s mastered her expressions so she doesn’t appear too “weak” in the political scene. Although this may seem like a masculine trait, Holly wields her femininity to great advantage; she never has to raise her voice and try to shout over the men to be heard. A simple clearing of the throat and the stern glare of a disapproving mother is enough to silence her opposition.

Doc definitely seems to be the most openly compassionate of the three feminine pillars of Phantom Heights, but is she truly the exception? Madison and Holly are both mothers, and they both grapple with the prospect of Finn and Reese being kids but also belonging to an enemy race.

I reflect on a scene in Chapter 27 of AFH when Madison is holding Finn while he’s sleeping, weak and helpless, and she’s reminded of holding her own kids when they were sick. She’s a ghost hunter, but she’s also a mother, and those two halves of her life usually don’t interfere with each other because the ghosts wreaking havoc upon Phantom Heights are adults. But the twins challenge that perspective. She can’t separate her roles anymore.

Holly, likewise, tries to keep reminding herself that the twins are ghosts and will likely going to grow up to be enemies. She tries to focus on their glowing eyes and block out their youth and innocence, to no avail. Even when holding an ectogun to A1’s head in Chapter 30, Wes calls her bluff; Holly knows she won’t be able to pull the trigger. Although she had guiltily hoped that the twins would die in their sleep, she isn’t able to deal the death blow herself.

Holly and Madison are both deeply conflicted by the twins, and we’re privy to this turmoil as we witness their valiant attempts to remain strong and impassive even though brief glimpses reveal an inescapable nurturing side below the surface.

Doc’s oath to save lives never wavered, but would Holly and Madison have struggled as much if they weren’t drawing upon their experiences as mothers who have both suffered a painful loss? Did that soften the characters, or did it make them even stronger? As circumstances start to shift throughout the series, there will be more opportunities to see different aspects of these women outside of survival mode. Their true selves will show—the good, the bad, and the ugly.

I hope young female readers see that women can be strong in many different ways. That even on the brink of a war caused by two aggressive patriarchal societies clashing, women stand firm as the rocks keeping humanity anchored and functioning, even through the chaos. That women can be badass ghost hunters fighting monsters, and they can lead others based on their experience and competency without being questioned simply because of their gender, and they can still be mothers, and have families, and save lives, and show compassion as a form of strength rather than weakness. And that there are different types of leaders, and women are just as capable as men.

Madison is a ghost hunter on the front lines. She’s strategizing and leading troops, but she’s also an intelligent scientist inventing new weapons. Doc is behind the scenes saving lives. Holly, as you’ll see throughout the series, is a politician and a lawmaker, so while her role isn’t quite as prominent right now, her position is critical to maintaining a safe, lawful society, keeping order, and protecting the people with a pen rather than an ectogun. All of these leadership roles are important.

2 thoughts on “Author Q&A: Gender Representation in the War of the Realms”