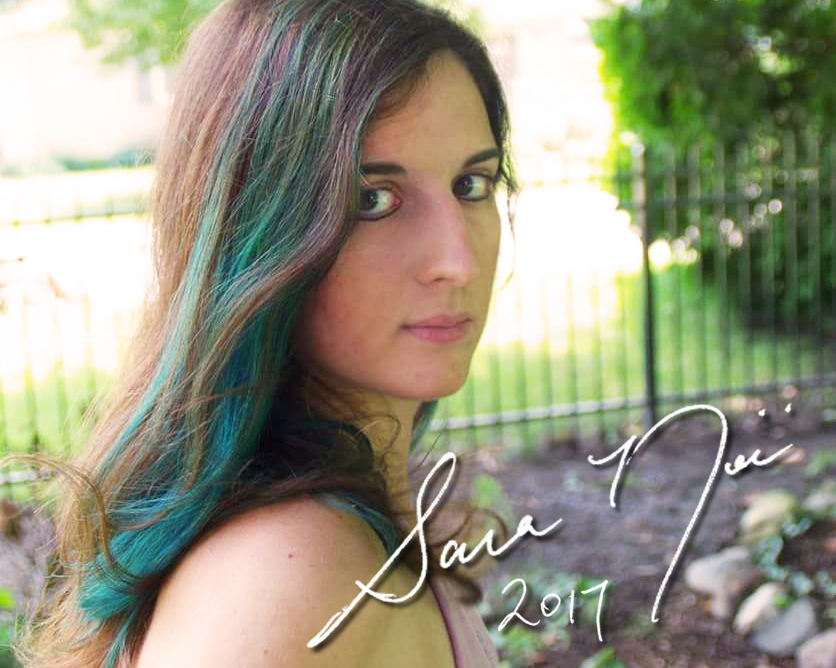 If I’m going to be honest, I am a little disappointed I wasn’t able to announce a partnership with a literary agent this year. But that’s not to say I didn’t take several notable steps forward in 2017. It wasn’t the leap I was hoping for, but it was progress nonetheless, and looking back, I’m proud of what I accomplished. Here is my writing year in review.

Your manuscript has been chosen for critique by The Inkwell Council. Here’s what’s next. Today, I will distribute your work to the other members of the council. Over the next week or two, our trio will read through your work and edit….

This put a pause on my agent queries, but in a good way. I had the incredible opportunity to work closely with three professionals who edited the prologue and first three chapters of A Fallen Hero. That may not sound like much—three chapters out of forty-one—but in those three chapters, I learned a lot. I was able to identify reoccurring elements to adjust throughout the entire book, such as unintentional POV shifts in third person limited. In fact, one simple comment from the Inkwell Council even changed the weapons and warfare waged throughout the whole series.

Justine, Megan, and Ismael maintained correspondence and offered advice months after I finished going through their edits. I can’t thank them enough for their dedication! They are a fantastic resource to new writers, and offering their services from the goodness of their hearts—that’s right, no monetary charge—is unbelievable. To the Inkwell Council: please keep doing what you’re doing!

And check it out! My review is on their website.
Read my full blog post about working with the Inkwell Council here.

On The Cobblestone Road celebrated its first anniversary with the release of the short story “Reality Check.” The blog continues to evolve as I learn more and create more. It’s still under construction while I update pages, and I can’t wait to see how it continues to grow.

I’m already thinking about how to celebrate the second anniversary….

I turned twenty-five years old. Numbers are important to me (my character RC comes by his obsession with odd numbers honestly). Five and seven are my two favorite numbers, which is why turning twenty-five in the year 2017 was special. To commemorate, I wrote my future self a letter, sealed the glass bottle with wax, and buried it under the burning bush in my garden. I wrote about my past and my dreams, my evolving views on religion, and my current stance in this political whirlwind. Someday, either I will find the bottle myself and remember who I was, regardless of whether I achieve my dreams, or somebody else will find my bottle in the distant future, maybe after I’m long gone.

I was thrilled to reach two landmarks almost simultaneously on the social media front. I had 1,000 followers on Twitter and 200 on Facebook. To celebrate, I released “Phantom and the Werewolf,” a deleted chapter from A Fallen Hero‘s sequel. Parts of this chapter are likely to be worked into Project Alpha, an eight-part book of origin stories, but the chapter as a whole was cut from Phantom’s Mask in early edits.

Thanks to a generous scholarship, I had the life-changing opportunity to attend a week-long writing class at The Clearing in Ellison Bay, Wisconsin. This treasured paradise tucked away on the wooded bluff over the bay was home to famous landscape architect Jens Jensen. I had learned about him during my studies at Purdue, and this year I walked the trails myself.

Not only did the secluded cabins and walking trails breathe life back into my creativity, but my writing instructor was also an inspiration. I stayed up well after midnight in the Lodge many nights talking with Roger Kuhns. Passionate in everything he sets his mind to, Roger spent one-on-one time with me working through the writing blocks that were preventing me from telling my personal story in my own voice. This class was supposed to be nonfiction, but Roger realized I was struggling and helped me to shape my biography into a fantasy story, my internal dilemmas becoming metaphorical battles with my protagonists Jade and Cato and my side. Roger helped me finally confront my Anti-Muse, the shadowy being that’s been plaguing me ever since my old mentor gave up on me.

My class was small with only seven students. In the week we had together, we connected on many levels. We exposed our vulnerabilities to each other as we explored characters from our pasts and wounds that still hadn’t quite healed. Tears were even shed. I left a piece of my heart in Wisconsin. Read my full blog post about The Clearing here.

After Roger’s urging, I submitted A Fallen Hero for copyright protection as soon as I returned home to Indiana. It isn’t exactly a quick process; on average, expect at least six to eight months for a response when filing electronically. Even though the copyright was still pending, I breathed a sigh of relief. This act was important for two scenarios:

One, I choose to self-publish. The copyright has already been filed, putting me one step closer.

Two, I continue to query agents. The manuscript is now legally protected, and a publisher can purchase the rights from me should a deal manifest.

I attended my first writing conference. The Steel Pen Writers’ Conference was close to home and small-scale, a perfect first step. Catherine Lanigan was the keynote speaker.

I did meet some incredible people. I learned more about the publishing business. I networked with other authors and discovered new resources to help me move forward. It was a beautiful exchange of people, stories, ideas, and advice. I heard some good advice, and I heard some bad advice, but most importantly, I was so proud that I’ve come far enough in my journey to be able to differentiate between the two.

I plan to attend the Steel Pen Conference again next year, and maybe some larger regional ones, too. IWC’s Steel Pen website is here for any interested writers. Read my full blog post about the conference here.

I contacted a professional editor / beta reader by the name of Nikki Mentges. I had met one of her clients at the writing conference and decided to reach out to her. Nikki’s editing fee was inside my price range, so I sent her the manuscript. She returned it to me by November 27th with phenomenal overall feedback. I buried myself in the edits, working under a tight deadline to prepare for Twitter’s pitch party on December 7th.

Nikki broke down her notes into categories for me: opening hook / ending / pacing, progression, and structure / plot, plausibility, and logic / genre fit / characterization / dialogue / setting and world building / craft and style / highlights and lowlights. I spent the last week of November rereading and re-editing A Fallen Hero. Again.

I worked closely with Nikki on both the manuscript edits and my query letter in preparation for #PitMad. For those who are unfamiliar with the process, #PitMad is a way to pitch your finished novel on Twitter. Writers have a twelve-hour window to tweet three pitches using no more than 280 characters. Agents and publishers will favorite the tweets that catch their attention. A like equals a request for a full submission.

This was the final #PitMad of the year, and my first pitch party. In the end, I had only one agent favorite my pitch, but one is better than none. I sent her my submission, and she sent me a rejection the next day. She was a new agent, and she was looking for smaller projects. I was a little disappointed with the poor #PitMad turnout, but it was still a good experience.

A week later on Thursday, December 14, I partook in #SFFPit, which is similar to #PitMad except it focuses exclusively on science fiction and fantasy. Sadly, despite the advantage of being able to tweet once per hour for a total of ten pitches, my results were the same. Better luck next year? At least these pitch parties gave me a strict deadline to complete my edits and polish my query letter, preparing me for 2018’s agent pitches. I am ready to go!

Nearly a week before Christmas, I received a letter in the mail. As of the eleventh of December, A Fallen Hero was officially registered at the Copyright Office. I mentioned before how important numbers are to me. As the year’s last month dwindled away, I became more and more anxious. I really wanted my copyright date to be 2017 since the number seven is so special to me. Shall we say, I got my Christmas wish!

My lack of funds put a severe limitation on Christmas gifts this year, so I decided to share a piece of my heart and soul instead. I printed 20 copies of A Fallen Hero for friends and family. Maybe someday when it’s a bestseller, those limited pre-published editions will be worth something. Or maybe it will never be published, in which case those copies will be the only ones  distributed to readers. Either way, my story is now officially out there.

Keep an eye on me in 2018! My short memoir piece “Falling Stars” is already slated to be published in the Sandcastle Writers Literary Journal, and A Fallen Hero is polished, copyrighted, and ready to find an agent. I may not have reached my goal in 2017, but I definitely moved forward on my journey, and the new year is ripe with possibilities.

Dreams don’t come true for those who don’t chase them.

3 thoughts on “A Writer’s Year In Review”