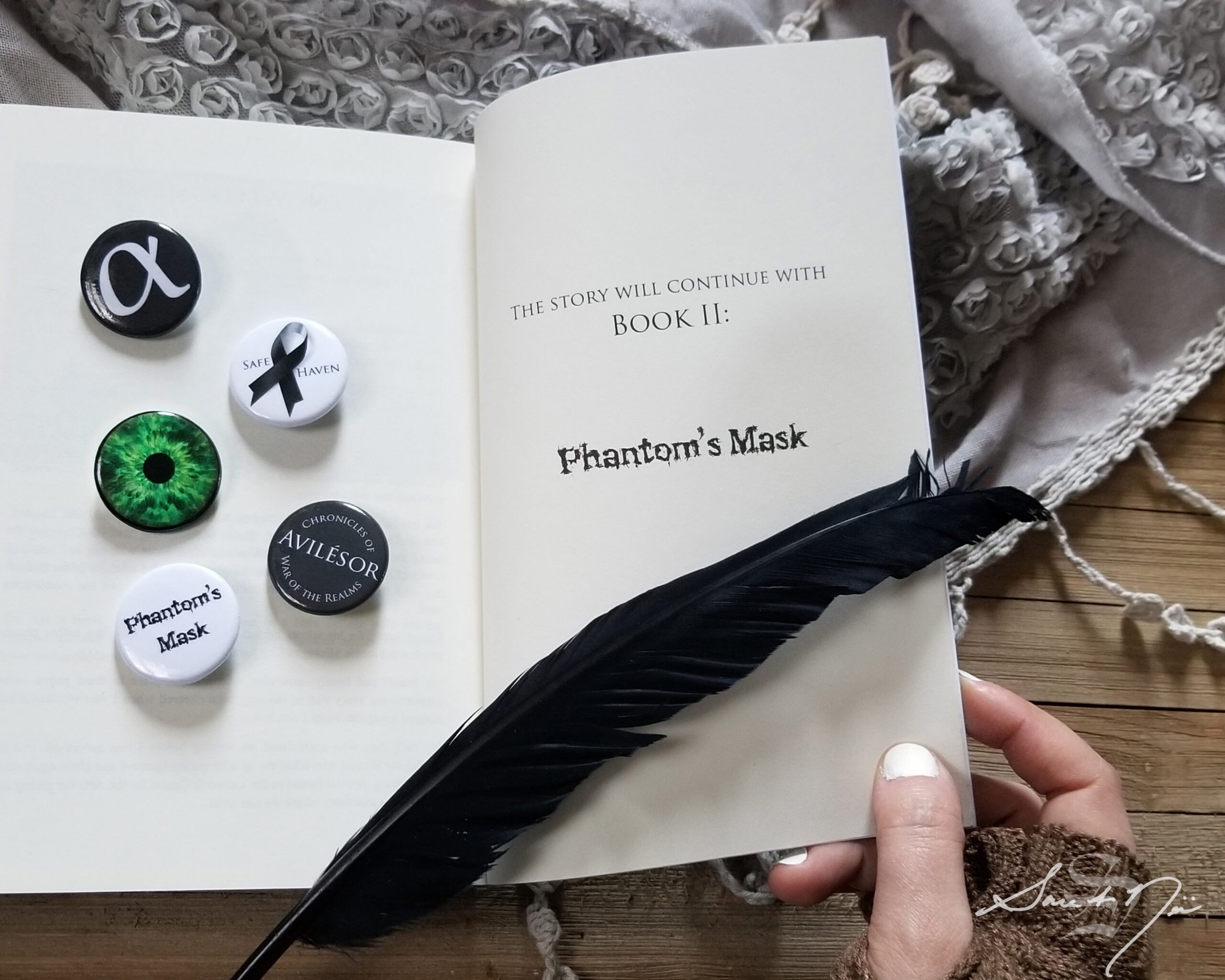 I’ve been extremely busy working on the line edits and formatting for the War of the Realms sequel. Book II: Phantom’s Mask is still planned for July, although that date certainly isn’t set in stone based on the COVID-19 pandemic causing delays and turning the whole world on its head. As I’m polishing up the final version of the book and the publication date is getting closer, excited fans have been asking what they can look forward to seeing in the sequel.

***I’m not giving away major spoilers, but if you haven’t read Book I yet, you might not want to read any further until you finish it!***

Here’s a taste of what’s coming in Book II:

One of the most common critiques I’ve received about A Fallen Hero is character backstories. Readers wanted to see more! But before I address that, let me throw some numbers at you.

AFH weighs in at approximately 154k words. For reference, the current industry standard for fantasy varies depending on the publisher but is generally accepted to be somewhere in the 125k-150k range, although it can be as low as 50k. But for new authors, the word count expectation is lower, usually no more than 125k words at most.

The reason for that comes down to money and risk. A bigger book is more expensive to print. If you’re a new author who doesn’t have an established fan base yet, a traditional publisher is less likely to invest in a large novel at the risk of not being able to sell it. A lot of authors start small with their first few books before tackling big projects. For reference, Harry Potter and the Sorcerer’s Stone was 76,944 words, whereas Harry Potter and the Deathly Hallows was 198,227.

With those numbers in mind, AFH was just barely above the acceptable word count range for its genre, but since it was my debut novel to hit the marketplace, it was definitely a bigger book than many first-time authors would publish. I had to keep my overall page count (and therefore print cost) in mind. As much as I would have loved to go deeper into the character backstories in Book I, a 500-page debut novel is a little daunting, especially for readers who don’t know my name and aren’t familiar with my writing style yet! Don’t forget, this is a six-book series with a prequel, totaling seven. That’s a lot of pages spaced out over multiple novels to develop these characters, so be patient! This story is a marathon, not a sprint, and I didn’t want to overwhelm readers with too much information at the start of the race.

Phantom’s Mask is going to be considerably larger than AFH. Although I’m still fine tuning it in the formatting phase, the manuscript is currently sitting at more than 194k words. That’s almost an extra hundred pages of story (I hope you like big books)!

I have more leeway to release a thicker novel based on the demand for its well-received predecessor. You’ll get a deeper look below the surface of the characters you met in AFH. How did Cato join the lab-family of Project Alpha? What happened in Holly’s past to cause such a deep hatred for kálos? How did RC become blind in one eye? What caused the Flash that turned Cato into a half-breed?

We’re only just starting the journey. There’s still a lot of story to tell, and I’m confident you’ll understand the characters better by the end of Book II.

AFH introduced a parallel Realm where beings with supernatural powers rule the land. But, despite the groundwork for extensive world building, we saw only glimpses into Avilésor, and with half of the primary character cast unable to use their abilities, there wasn’t a ton of action. The novel thrived on tension. Hiding from hunters, surviving an illness, trading a hostage… thrilling, to be sure, but not in an action-packed way.

But at the end of the first book, we see the gloves finally come off! Or, more accurately, the neutralizers. No more holding back. Cato and crew finally have access to their Divinities, and you’re about to see exactly why they’re dangerous. Get ready for a lot more battles and a lot more superpowers!

“There was a time when I would have been repulsed by taking a life in such a brutal manner. That time had long passed. Survival had a way of hardening one’s capacity for empathy. I seized the hood of his cloak and dragged the body down the alley.”

Just like with character development, world building is being spread throughout six books, which means it will grow layer by layer, each novel adding new elements to the ones before. Phantom’s Mask continues to expand upon the groundwork laid in AFH. From the Elemental Guilds to Captain Hassing’s mount, you’ll learn more about Avilésor and some of the creatures that inhabit the Ghost Realm.

I’m particularly excited about this aspect of Book II. Rather than one bad guy, the War of the Realms series features two major antagonists going head to head, and while they’re similar in many ways, they’re also quite different. I didn’t want to fall into the tired cliché of writing a villain who wants to take over the world just for the sake of being evil. By pitting Kovak and Azar against each other on the brink of war, I gave them each a cause to fight for, and despite their questionable methods and moral compasses, they’re ultimately trying to defend their people.

Book I saw Agent Kovak actively on the hunt while Azar lurked in the shadows, plotting behind the scenes and sending his subordinates on missions. Beta readers were excited to see Azar finally get some extended screen time in Book II and show off some of his terrifying abilities.

“You took shelter in my darkness when your enemies hunted you. You covered yourself in my shadows to hide from the searchlights. You’ve always felt safest in the dark, haven’t you? And now the Dark offers you sanctuary, and you reject it?”

If you loved the paranormal sci-fi elements of the first book, you won’t be disappointed with what’s to come. The twins get a chance to showcase just how sophisticated their supercomputer can be, and Madison Tarrow’s latest ghost-hunting invention gets a test run!

That’s all I’m giving away for now! You’ll just have to wait for Book II, but the good news is we’re only a few months away. What are you most excited to see? Share in the comments!

Did you know there’s a War of the Realms forum? You can chat with other fans and share your thoughts/theories about the books HERE.

One thought on “What Fans Can Expect in the Sequel”